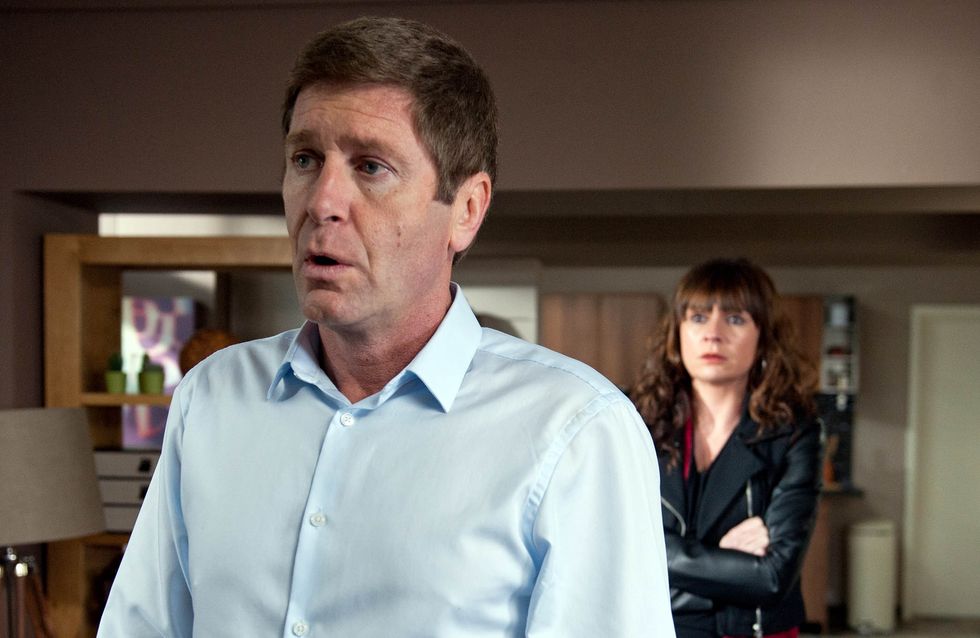 Chas is thrown when Aaron says he doesn't want to tell the police about Gordon, insisting he'll be okay as long as Gordon's not around but he can't face anyone else knowing. Chas goes to see Gordon on a pretence but breaks down as she confronts him about what he did to Aaron. Gordon feigns disbelief at her accusations but Chas is adamant she believes Aaron. Soon Gordon is telling her his side and his opinion of the accusations. Will Gordon change Chas’ mind over what happened?

Rakesh gives Ross some forms to sign to get him on Moses' birth certificate whilst Emma covers as she gets a visiting order from Charity for today. Emma goes to see Charity in prison but wonders what she's got herself into when Charity says she could be useful when she wants to call in a favour.

Pollard's impressed when the wine arrives, however, there's a sense Duncan's up to something. Later, Pollard's concerned, when trading standards agents turn up, they've had a tip off. Nicola's clearly already bored of being a stay at home mum.

Chas rushes in clearly in a state telling Cain she needs to be alone with Aaron and Aaron's floored by what she says.

Cain's later concerned for Chas and soon provides a shoulder to cry on. Will Chas keep Aaron’s confidence? And should she tell Cain Aaron’s secret, what would he do with the information?

The trading standards agents check the wine, soon making an announcement and Pollard worries. Can Pollard find himself a solution?

Jimmy's concerned when Rakesh says Charity wants him to review the business accounts and Nicola smells a rat as Jimmy fobs Rakesh off over the books. Nicola pales when she learns Jimmy's not kept up with the books since Charity went to prison. Moira's relieved Pete only got a six-month sentence. 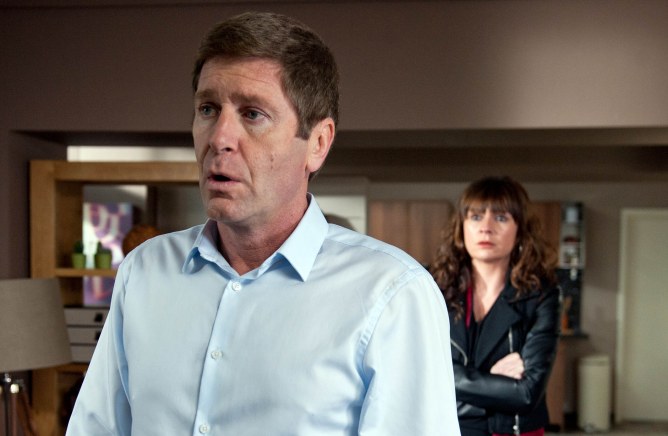