At the hospital, Sam tells Megan she'll be the best mum in the world and kisses her, pulling away just before Jai arrives. Jai is unaware of what he's just missed but Megan reels from what she's just done, nervous about how she's going to broach the kiss with Sam and set him straight there isn't anything going on between them.

Emma's heart sinks when she sees bruises on April's arm. She asks where she got them from but April evades the question and Emma's concerned when she doesn't want Marlon or Carly to know. Carly panics April's missing as Emma ushers her back to the café. Emma's on high alert as she watches Carly with April. 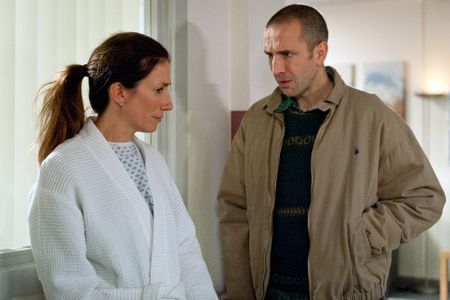