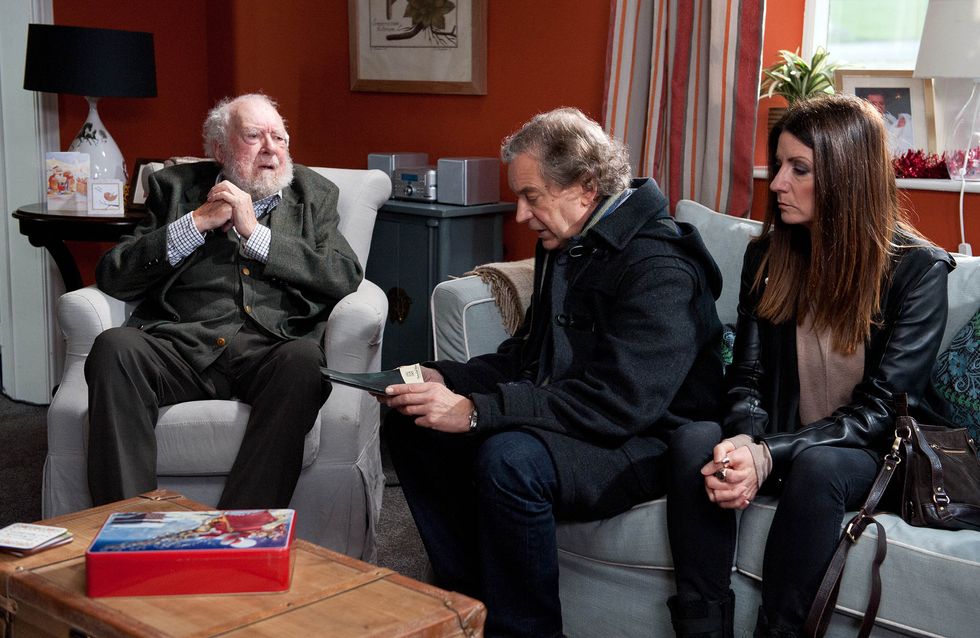 It’s Aaron’s birthday and he’s hating all the attention. Chas slips out and Aaron thinks he’s alone but Cain catches him trying to burn himself. He plays down what Cain saw, telling him that he’s stressed and blames it all on Gordon hanging around. Can he convince Cain not to say anything to Chas? Elsewhere, Chas meets Gordon in a pub and gives him back the birthday card and tells him Aaron’s feelings come before theirs. But Chas is left conflicted when Gordon says he wants another chance with her…

Sandy’s crushed and Harriet fumes when they find the leaflet for the care home and assume it’s for Sandy. Meanwhile, at the home, Laurel becomes overwhelmed and breaks down at the reality of Ashley’s future. They return to the house only to be confronted by Harriet and Sandy about the care home leaflet. Is Sandy’s world about to collapse around him or will Ashley keep his secret?

Cain’s irked that Moira handed Moses over to Ross and it’s clear that Ross is out of his depth with Moses. Vanessa admits to Rhona that she’s getting the DNA test re-done. Later on, Vanessa is taken aback when Adam asks her if she would like to move in with him and Victoria. Nikhil tries to get Megan to see how hard Jai’s trying, but she refuses to believe it. 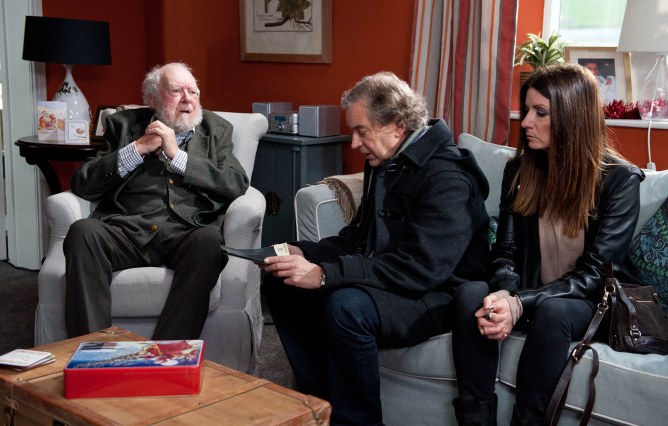