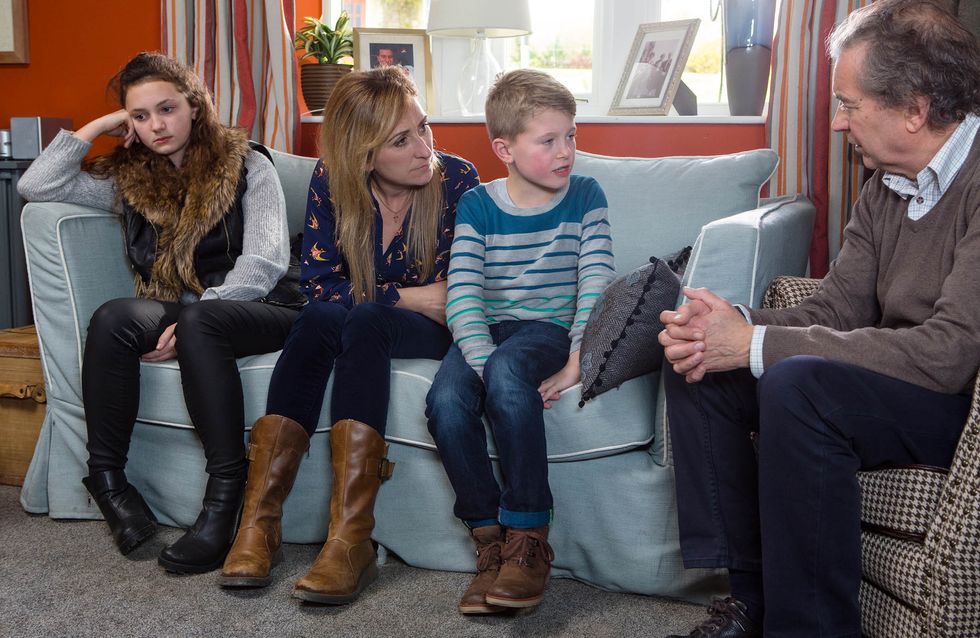 Vanessa is now in the knowledge Kirin is the real dad. She is confused when the DNA lab makes it clear the original test result also ruled Adam out as the father. She wonders how the mix up happened. Vanessa is worried how she will break the news to Adam and his family that they are not related to her baby. She also worries how to tell Kirin he has been the father all along? Meanwhile Adam and Victoria are excitedly preparing for Johnny and Vanessa moving in with them for a while. Before long Vanessa broaches the subject with Adam. But how will he take the news having utterly bonded and fallen for the boy?

Today Ashley and Laurel plan to tell the kids about his condition but Ashley is already balking and putting it off. Soon the kids are hearing direct from Ashley about his diagnosis but will they truly understand what this means and how will the news go down?

Chas is glammed up and dashing out, lying she is off to see the brewery. Soon she and Gordon are kissing in his steamed up car and he’s wanting to take things to the next level.

Ross tries to palm Moses off with someone else, fatherhood clearly not a stroll in the park. He pulls a trick to get Emma to take the child for a bit, but will his ploy work? Jai tries to make amends with Leyla by doing her tax return but will it work and how will pal David react to hear what happened?

Vanessa is anxious Adam might bump into Kirin. Meanwhile, Adam has told Victoria everything and explains he is now scared of being cut out of Johnny's life. Moira is left reeling when Vanessa arrives and tells her Adam is not the father. Kirin is soon shocked to hear he is Johnny's father. A worried Rakesh looks to Priya in panic. Fully aware their lives are about to crash around them. How long before their meddling is exposed?

Ashley apologises to Gabby for making a hash of explaining his illness. Whilst Bernice is stunned to hear about his dementia but Ashley feels comforted by her support. When Arthur blurts the news to Marlon. Ashley is somewhat relieved he doesn’t have to hide it anymore but Nicola has reservations of the news being out there.

Jai tries to charm Leyla into seeing him again but some swift thinking from Leyla puts him off completely. Has Pete got feelings for Moira?