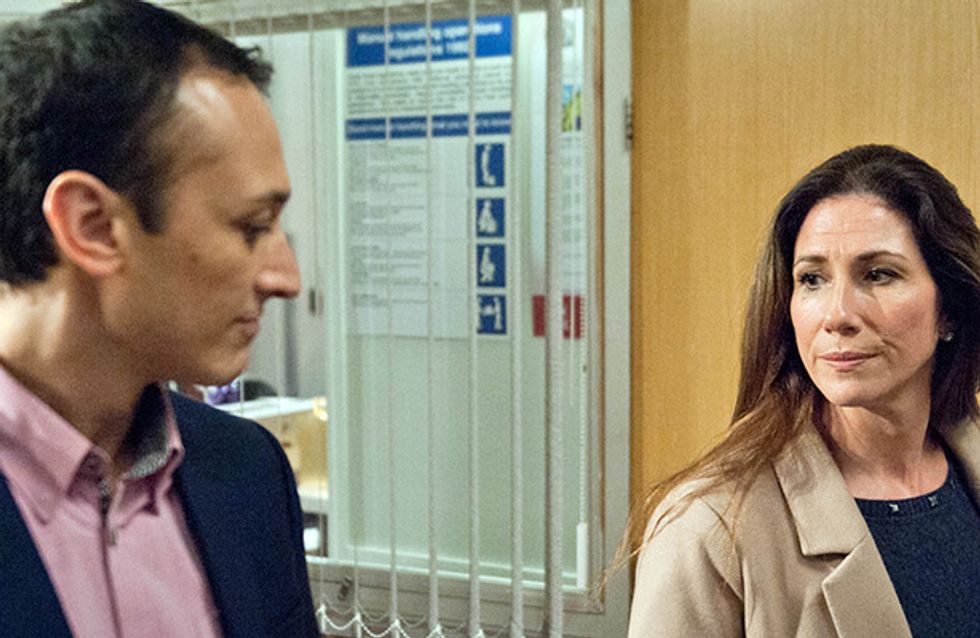 April subconsciously hides her bruises. Emma raises her concerns about Carly and April's bruises to James and Ross. Soon Marlon's alarmed when Ross tells him there's a chance Carly's hurt April. Carly is angry over Marlon accusing her of hurting April. But Marlon’s gobsmacked by her over-reaction. Bob sees the bruises on April's arms and asks her if someone's been hitting her. She insists that she fell over and that it has nothing to do with Carly. Meanwhile, Emma's not happy Marlon is not taking the matter any further and decides to ring social services herself...

Rakesh continues to hide his money problems. Rakesh covers his financial worries as Priya discusses the wedding. Meanwhile, Jimmy's about to ask Rakesh for advice in the Woolpack but soon learns the wedding is causing him financial difficulties which he's hiding from Priya. Jimmy advises Rakesh he should tell Priya. Rakesh knows he has to do something but doesn't tell Jimmy about Charity's plan.

Megan has a change of heart. Zak's worried when Sam tells him he and Megan will be a couple soon. He shares his concerns with Joanie who points out Megan might be leading Sam on. Megan apologises to Jai for losing her temper and tells him he can be involved in the baby's life on the condition he stays away from Leyla.

Also, Finn and Pollard bicker and Doug listens in to their conversation. Later, James arrives to sort the issue but is perplexed someone's already fixed it.