Marlon is playing with April as she asks where her mum is, he assures her she’ll be back soon. Outside the Woolpack, Ross retches, overcome by how the day has unfolded. Debbie approaches him and is shocked by his violent mood. He is sick to the core when he sees police officers arriving at the cafe, knowing exactly what their visit will entail. Debbie unintentionally serves Ross one final blow and he realises Donna was lying to him all along. Debbie is worried and tries to stop him as he heads out into the village to tell everyone the truth, hell-bent on retribution.

Chas dreads what Adam’s dragged Aaron into. Meanwhile, Aaron tells Adam they can’t stay as the police will be looking for him and the pair head to the Cricket pavilion to decide the next move. Adam’s desperate to get hold of Ross and collect his money but unable to get him, heads to find Donna instead.
After a conversation with Megan, Charity calls Harvey telling him she has reconsidered his offer, but will she tell Declan? 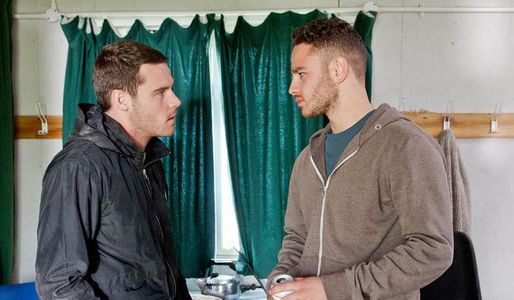