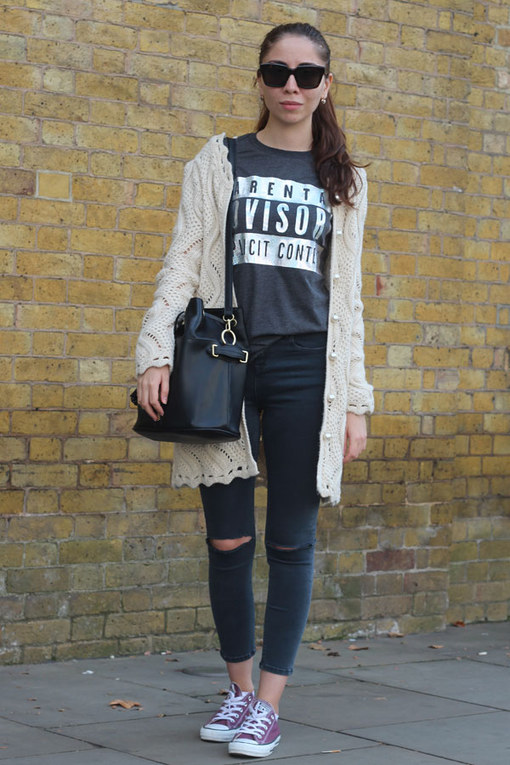 Replay
We're hitting the most stylish spots in London to deliver the freshest trend edit of the season. This month's major talking point? It's normcore fashion.

This non-trend is all about trying not to try and looking 100% sharp as you do it.

Being different has had its day. Now it's time to embrace the boring, practise the perks of being a wallflower and make the ultimate sartorial understatement.

Pull on your boyfriend jeans, grab that plain black tee you've been avoiding because it's not special enough and your worn-in Birkenstocks and join the mainstream team making basic the in-thing.

FYI: You're going nowhere fast without your trainers.