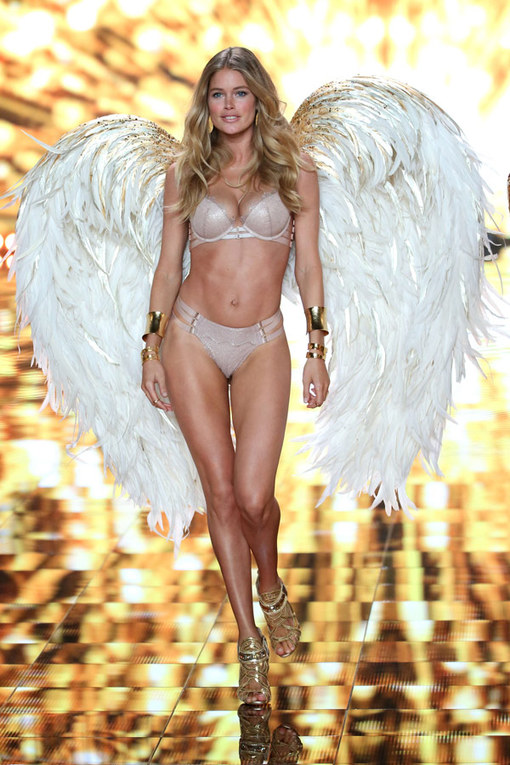 Replay
It happened again last night: The angels spread their lingerie clad wings and graced the catwalk with their celestial appearance at the Victoria's Secret Show 2014.

The girls and the event were as insanely hot as ever but with one difference - unlike in recent years, this year's show wasn't held in New York, but in London!

Of course, the ranks of the Victoria's Secret Angels were once again filled with supermodels including Adriana Lima, Alessandra Ambrosio, Doutzen Kroes and Candice Swanepoel, with the honour of wearing jewelled 'fantasy bra' Lingerie going to Adriana and Alessandra. The famous bras are encrusted with around 16,000 precious stones and priced at almost a million pounds! We hope they walked carefully!

Besides the lingerie clad supermodels, what underwear show would be complete with performances from Taylor Swift, Ariana Grande and Ed Sheeran?!