Home / Fashion / Fashion News / The Emmy Awards 2017: Our Round Up Of The Best Outfits 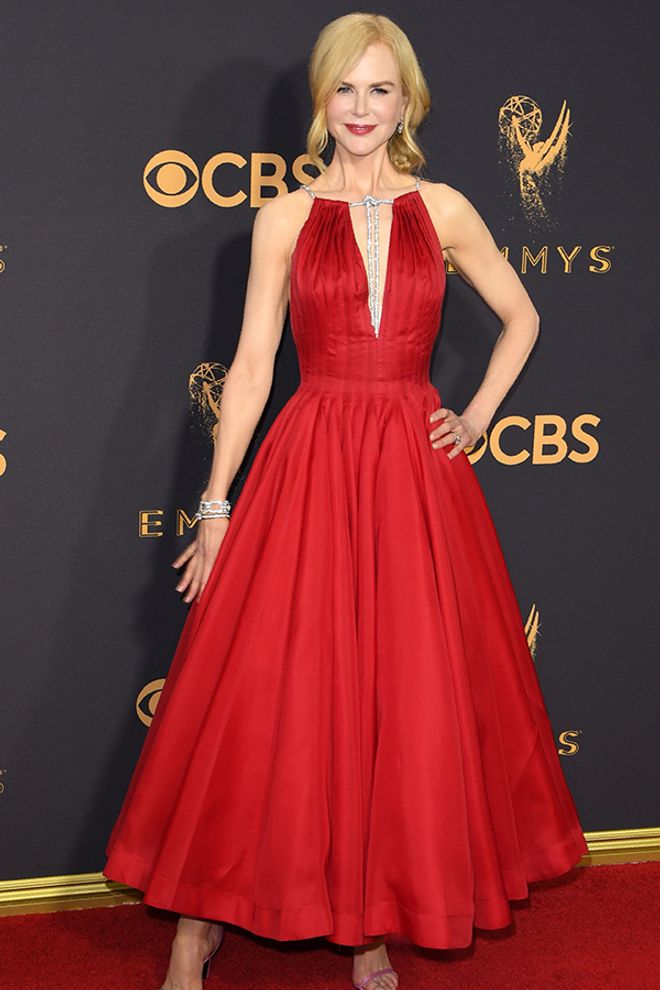 Last night, the glittering stars of our TV screens descended onto the red carpet at the 69th annual Primetime Emmy Awards 2017, in LA.

And it was truly a Ladies' Night indeed because, not only did a whole slew of female-fronted shows win in their categories, they also decided to twin their on-screen achievements with their equally trophy-worthy getup. Well, you know how us women like to multi-task.

Let's celebrate these fierce females at once.

The 2014 Emmy Awards: The Best Dressed Celebrities
by Lareese Craig

MTV VMAs 2016: The Most Outrageous Outfits
by Rose Adams

The Best Fashion Moments From The AMAs 2016
by Rose Adams