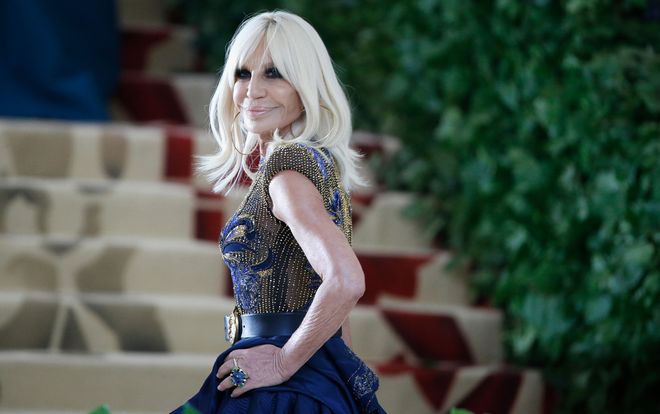 1/31
The most beautiful photos of Donatella Versace
© Getty Images

In 1978 the Gianni Versace brand was founded and then inherited by Donatella following Gianni's tragic death at the hands of Andrew Cunanan in 1997 in Miami.

The Versace style is unmistakable and Donatella is undeniably one of the most beloved fashion designers in the fashion world, just take a look at the following photos, characterized by countless shots with prominent personalities. It starts with Lady Gaga passing through Gigi Hadid and arriving at Elizabeth Hurley and Naomi Campbell.

The brand's most precious clothing has been worn by some of the most well-known supermodels in the world, including Carla Bruni and Cindy Crawford. Most recently, a 17-year-old teenage called Kaia Gerber walked the runway wearing Versace.

Here are the most beautiful photos of Donatella Versace, a woman who, more than anyone, has revolutionised the world of fashion.