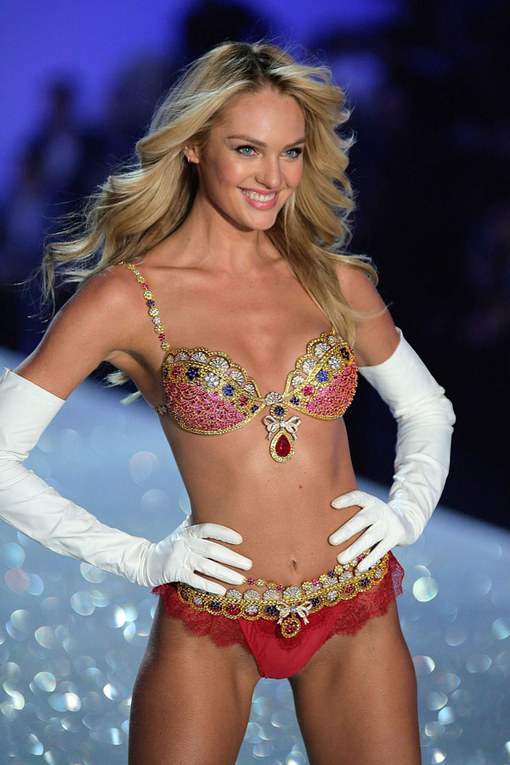 Replay
The Victoria's Secret Fashion Show for 2013 was nothing short of spectacular. With tiny sparkly lingerie in abundance, plenty of A-list names and acres of toned flesh on show, this year is one we won't be forgetting in a hurry.

For starters all our fave Victoria's Secret angels were out in force, including the leggy likes of Alessandra Ambrosio, Cara Delevingne, Adriana Lima and German beauty Toni Garrn.

South African stunner Candice Swanepoel opened the show in a glittering creation titled the 'Fantasy Bra' and it's definitely a look our boyfriends will be dreaming about!

The bra has an estimated value of $10million - so no wonder she looked flashy.

This year's show had a British twist with models like Cara D strutting her stuff in a cute soccer inspired ensemble, where she even held up a football emblazoned with the Victoria's Secret logo.

Karlie Kloss had fun in a butterfly inspired creation and as well as the usual amount of feathers, wings and boas there was some great musical entertainment too.

Fall Out Boy and Taylor Swift performed at the show with Swift dressed in a Brit inspired outfit complete with Union Jacks.

Which Victoria's Secret angel is your fave? Tweet us @sofeminineuk

All images from Getty
Fashion galleries