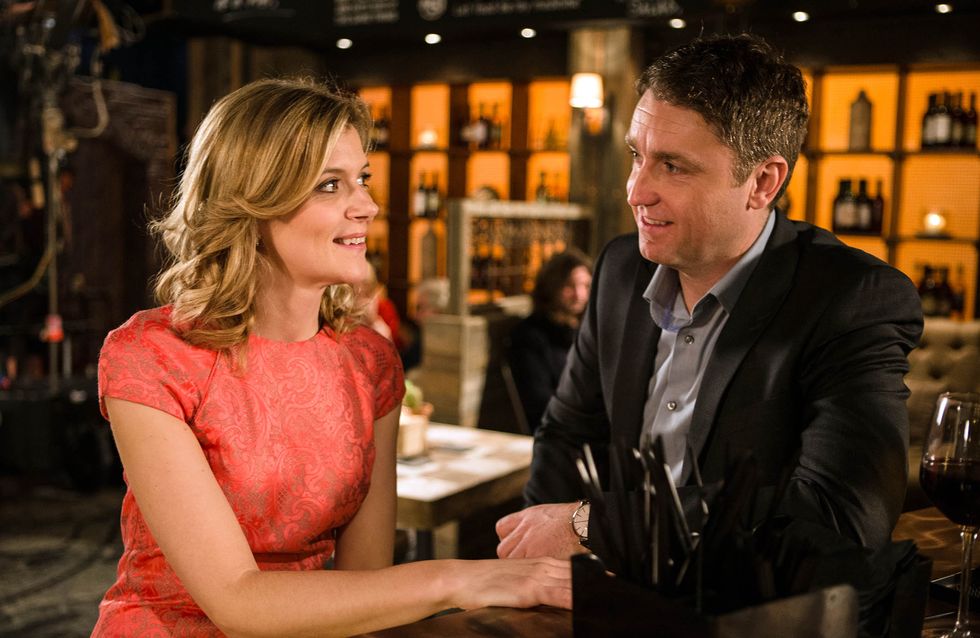 The factory staff continue to give Jenny a hard time, adamant she’s the thief. As the girls head off for the evening, Jenny stays behind to give the place a good clean. Whilst Sophie and Tyrone finish up at the garage, Jack wanders out on to the forecourt and spotting Jenny over at the factory, waves to her. Kevin, Sophie and Tyrone search frantically for Jack, worried sick that Jenny may have snatched him again. In the factory, a tearful Jenny hugs Jack closely.

At Johnny’s suggestion, Sinead tells Aidan that he’d be best to use real women for the O’Driscolls modelling campaign. Aidan likes the idea. Calling in the Rovers he thanks Sinead, revealing the O’Driscolls loved her idea. But who will Aidan suggest should be their ‘real woman’ model? Meanwhile Kate implores Aidan and Johnny to bury the hatchet, threatening to cancel her wedding if they don’t.

Simon returns from his counselling session and Leanne’s pleased that he finally seems to be making some progress. With some encouragement from Zeedan, Leanne agrees to go clubbing with Eva.

When Erica drags Mary to the Rovers, Mary is surprised and gratified with the wave of support she receives from the factory girls. Sally calls Ken and Tim together for an election campaign meeting. With only 4 weeks to go Ken’s worried but Sally insists they rise to the challenge.

As Kevin scoops Jack into his arms, Jenny desperately tries to explain that she didn’t abduct Jack, but he came to her. Kevin and Sophie are disbelieving whilst Rita’s conflicted. Jenny pleads her case to Rita but it’s clear she isn’t convinced. Awash with guilt, Kevin reveals to Sophie and Anna how Jack told him he followed Jenny into the factory and she was telling the truth. As Jenny loads her things into a cab, Kevin approaches and apologises, asking her not to leave. As Rita also apologises for ever doubting her will Jenny agree to stay?

Leaving Leanne in the bistro, Eva heads to the factory looking for Aidan. Finding the factory office empty, Eva’s about to go when she notices some movement behind a pile of boxes. She’s startled when Marta reveals herself. Having brought Marta some food, Eva quizzes her and is shocked to hear the truth about how Marta came to be at the factory.

Leanne’s flattered when a good looking guy called Tom chats her up in the bistro and gives her his phone number.

Kate orders Johnny and Aidan to iron out their differences for the sake of the family. Johnny pours his heart out to Aidan, telling him how much he means to him and how much he loved Aidan’s mother. Will Aidan thaw towards him? Sally soft soaps Audrey and persuades her to hand over her address book in the hope it’ll contain some important contacts at the council. 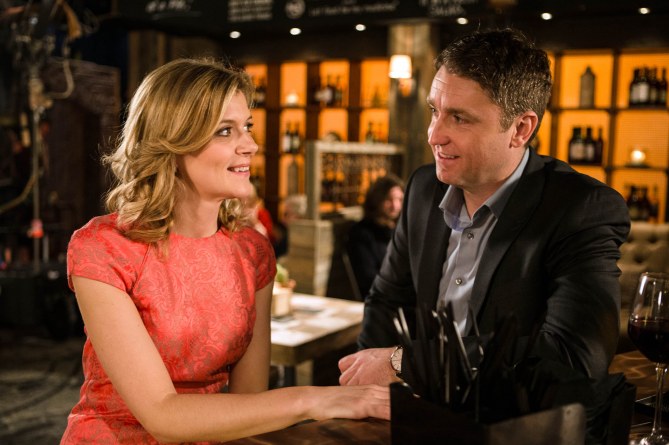