Prince reveals to Lily that he heard her calling him stupid. Prince asks for Shane’s help with Lily. Lily has come to apologise to Prince but when he uses his dad’s advice on her she storms out. Goldie is furious at her son for how he spoke to Lily but pales when Prince reveals that he just copied how Shane treats her.

Harry is preparing to propose to Ste but Ste has to take a rain-check on their night out when Amy asks him to look after Leah and Lucas. Harry hides the ring in a muffin but Leah takes a bite of it first and his proposal is ruined when she coughs up the ring into her hand.

Grace reveals that she’s in love with Esther.​​ 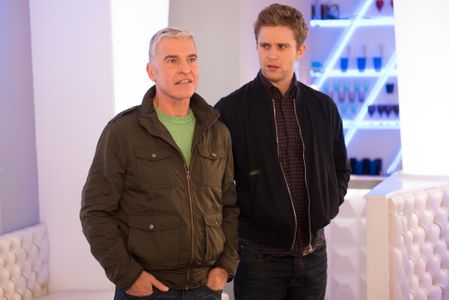 Hollyoaks 06/02 - Liam Is Ready To Pounce On Grace

Hollyoaks 16/01 - Esther Still Can't Remember Anything From The Shooting