Freddie is forced to do a dreadful task for Trevor while Sinead learns that he's taken away the only good thing in her life.

Vincent is trying to pluck up the courage to tell Phoebe the truth but can't manage it when she confesses she's in love with him.

Rather than explain about his sexuality he tells her he just wants to be friends.

Ste is struggling to cope with his emotions and taking care of his sick mother.

He's stunned when she asks him to help her die. 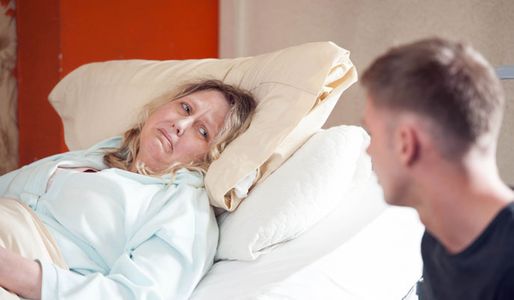 Hollyoaks 21/08 – Sienna’s desperate to keep Dodger to herself