Kim rushes off to plan a surprise for Esther’s home coming. As she’s leaving the room, Esther spots one of her memory post-its on the bottom of Kim’s shoe. Kim doesn’t read it, but Esther is shocked to see it’s one that she wrote yesterday – ‘Grace says she’s in love with me. But do I love her?’ Meanwhile, Kim’s surprise is that she’s rented Dirk and Cindy’s old flat for her and Esther, but Esther is torn about her feelings for Grace. Esther’s taken aback by Kim’s surprise and tells Kim that they’re over. 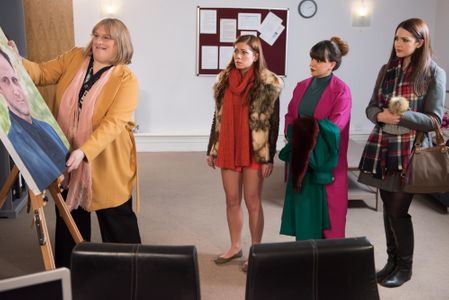