Hollyoaks 02/07 - A troubled Carol faces the backlash from Buster

When an argument between the pair erupts, Ben arrives and locks horns with Patrick. Ben gives Sienna the choice to leave with him and offers his hand, but will Sienna choose her dad or her boyfriend? Later, Nico sees Ben carrying women’s magazines and, detecting shifty behaviour, she follows him.

Cindy asks Jason for help with the book but he refuses, even though he wants to. Holly and Jason make up but when Jason snaps at Zack again, Holly is unforgiving. Jason texts Cindy and agrees to help. Dirk gives Cindy a new bracelet but her mind is elsewhere… she goes to Jason’s where the attraction between them is undeniable.
​
Darren is determined to keep Maxine’s spirits up. Theresa gives Maxine photos of Minnie from their holiday. 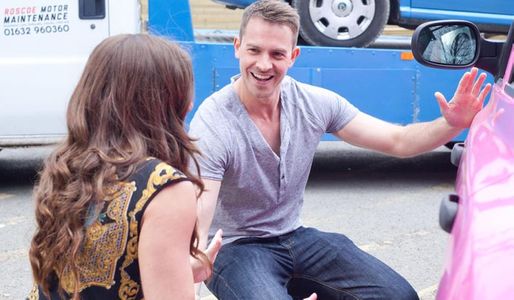