After a DNA test, Simone and Louis come face to face with their long-lost daughter. However, it’s too much forthe real Lisa and she runs off, straight into fake Lisa. Lisa lashes out when the truth is revealed about Sonia stealing her life and Zack has to separate the warring girls. Zack persuades Lisa to come home and Simone and Louis remind her of her life before Margaret took her. The Lovedays are shocked when Lisa tells them she’s had a good life and that she wants to see Margaret.

Freddie continues to support Joe, who isn’t coping. Mercedes and Joe feed the ducks with JJ but they’re being watched… Ellie offers to help Freddie to play cupid for Joe and Mercedes. Kim asks Esther for another chance, but does she have an ulterior motive?

Grace and Sienna are still at logger-heads over their wedding dress crisis. Grace suggests a faux truce forEsther’s benefit and Sienna agrees. Sienna is horrified by Grace’s plans to alter the dress Trevor bought her. Later, Trevor arrives at the boarding house and smiles to see Grace wearing her wedding dress. He walks up behind her and puts his arms around her. 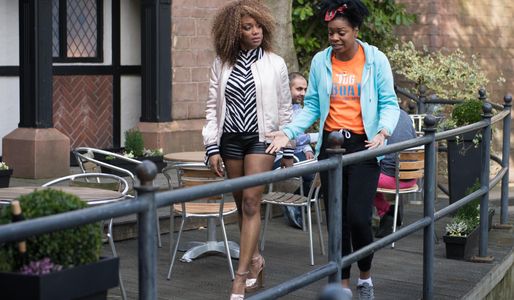 Hollyoaks 30/04 – The truth behind Patrick’s behaviour is revealed

Hollyoaks 02/12 – Trevor finds out the truth about Tony