Dr Browning frees Mercy from the bathroom and she manages to grab the gun, vowing to get revenge.

She fires the gun at her husband but he manages to dodge the bullet.

She flees with him running after her - will she be his third victim.

George tries to talk Vincent out of dating Phoebe.

The two end up kissing but are caught by Phoebe - she's left hurt, not knowing what to think.

Sandy can't believe it when she sees her son Robbie back in the village again, while the McQueens realise life will never be the same. 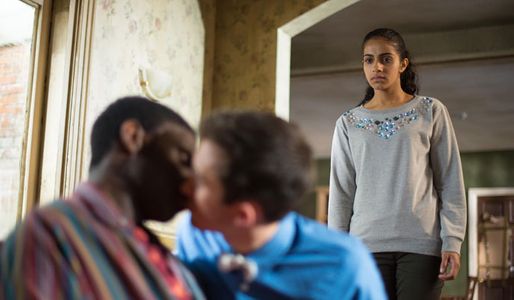