Hollyoaks 05/4 - Mercedes reels off the evidence against Lindsey

Mercedes reels off the evidence against Lindsey, while Esther shows Kim the confession letter. Elsewhere, Esther tells Kim that Lindsey thinks she’s guilty, and Joe practices his proposal on Darren. Joe prepares a romantic setting for his proposalunaware he’s being watched by a haunted Lindsey, armed with her kill kit…Tegan and Celine plan to get their own back on Liam and steal his clothes while he’s in the hot tub. 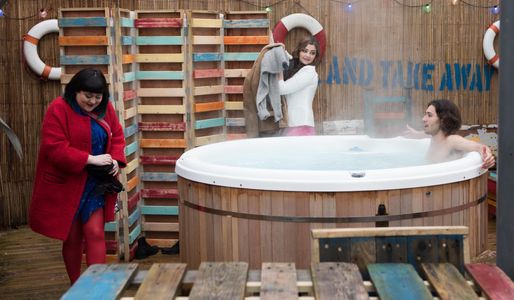 Hollyoaks 01/4 - Mercedes arrives back in the village

Hollyoaks 21/4 - Kim gets another text from Lindsey

Hollyoaks 28/04 - Lindsey is haunted by reminders of her childhood

Hollyoaks 18/05 - Mercedes agrees to go to the police