DS Armstrong interrogates Maxine, certain that she is responsible for Patrick’s death. When Maxine faints during questioning and goes to hospital, Tegan questions whether she might be pregnant.Meanwhile, Ryan tells DS Armstrong that he has a plan to get Warren Fox to open up. Later, Maxine confides in Adam. They do a pregnancy test but would the father be him or Warren? Warren finds out that Maxine could be pregnant and confronts her, but he and Adam fight. Maxine decides to hand herself in, but Armstrong shows Maxine a brooch that was found at Patrick’s woodland grave and asks her who else was involved. 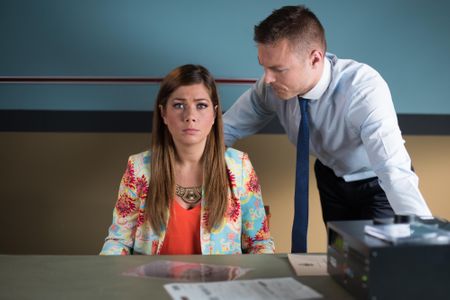 Hollyoaks 28/05 – Will Maxine stick by Patrick?

Hollyoaks 02/05 – Patrick tries to sort things out with Maxine