Jack is suspicious that Darren might be involved with Patrick’s death, and Darren tries to hide his guilt when DS Armstrong asks him to come to the station. At school, Nancy is struggling to control her emotions and panics when she can’t stop her leg from trembling. Back at the Osborne’s,Darren and Jack discover Maxine’s pregnancy test, but think it belongs to Nancy. Louis has takenNancy to the hospital and she confides in him that there might be something seriously wrong with her health. However, Darren calls Armstrong and prepares to tell him the truth, while Nancy has had alight-bulb moment and confronts Nico about the night Patrick died. 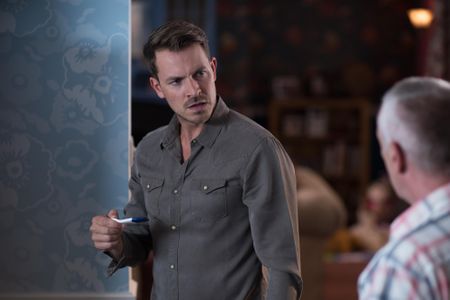