Hollyoaks 07/4 - The Osbornes are waiting for Frankie to return

The Osbornes are waiting for Frankie to return. However, Frankie’s hire van has been abandoned with faint cries just about audible from inside. Esther has been cancelling Frankie’s calls. When she tries to call her back, it’s Lindsey’s voice on the other end of the line… ​Esther goes to meet Lindsey in a car park. Lindsey reveals tied up Frankie in the back of the van and tells Esther to help her, otherwise she’ll kill Frankie. 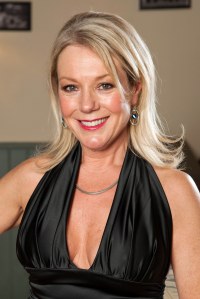 Hollyoaks 07/11 – Dodger returns to the village, but will Maxine be waiting for him?

Hollyoaks 07/03 - Harry Agrees To Move In With Amy