Hollyoaks 07/6 - Cameron and Leela argue over a text message

Cameron and Leela argue about the text message. Leela is with Tegan, Jesse and Liam at The Bean but they’re all seen by a jealous Cameron. Fed up of Cameron’s angst, Leela decides to have some fun with Tegan, Liam and Jesse.

Marnie is preparing the restaurant for the grand opening. James arrives just in time for Marnie to cut the ribbon, while Mac and Neeta are annoyed by Marnie’s choice of name for the restaurant.

Jack and Mac are still keen to keep Jade and Alfie apart but the teens both have chemo at the same time. Later, smitten Tom promises to help Jade meet up with Alfie. Simone orders Louis to move out when he tells her his suspicions about Lisa.​​ 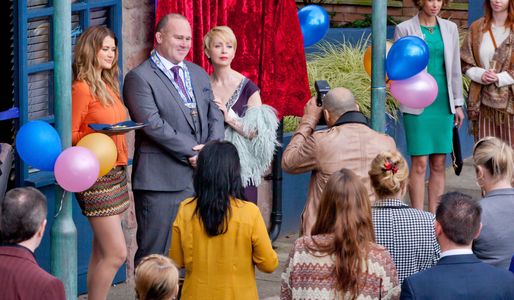 Hollyoaks 20/07 - Zach Has A Proposal For Leela

Hollyoaks 20/6 - Sally and Myra argue at the school