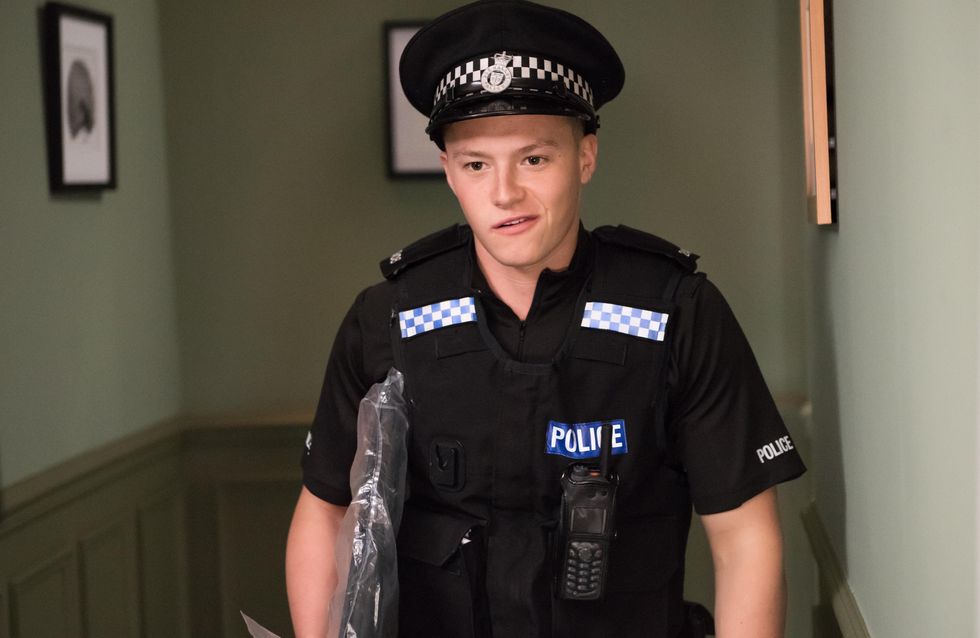 Esther doesn’t believe Trevor is the Gloved Hand Killer and urges Grace to go and speak to him in prison, but Grace wants to keep her distance. Meanwhile, the Gloved Hand breaks into Grace and Trevor’s flat and plants the pictures of their victims in the freezer. Charlie sees the Gloved Hand as they come down the City Steps and calls out to Nancy, but doesn’t tell her what’s wrong. Elsewhere, Grace visits Trevor and is torn when he begs her to believe he didn’t kill any of the hospital patients. Charlie finds himself alone with the Gloved Hand at Esther’s Magic Bean. The Gloved Hand manipulates him into telling Nancy that he saw Trevor killing Dr S’Avage.

Theresa bumps into Harry and Tony at Price Slice and with John Paul’s disciplinary at the school looming, tells them exactly what she thinks of them. John Paul begs Harry to tell the truth that they weren’t seeing each other but Tony is furious when he finds out about their kiss. John Paul, Tony and Harry all face Mrs St. Claire but when Harry storms out, Mrs St Claire is left with no other option but to sack John Paul.

Elsewhere, Lisa tries to convince Theresa not to do anymore photo shoots but she needs the money to help her family. Theresa prepares to do the naked photo shoot, while Zack prepares a meal for Theresa with a worried Lisa watching on.