Myra is alarmed to find her cousin, Goldie sleeping in Mercedes’ bed. Goldie needs a place to stay and has descended on her ‘rich’ relatives to see how the other half live. Goldie immediately gets on the wrong side of Cindy, but intrigues Adam, Louis and James.

Simone goes to The Loft after her trial, but Joanne follows her and tempts her with more wine.Later, Louis and Zack get a worrying phone call about Simone.

Maxine worries that Adam is going to propose and confides in Neeta, but when she tries the ring on it gets stuck. Adam is furious when he sees the ring on Maxine’s finger.​​ 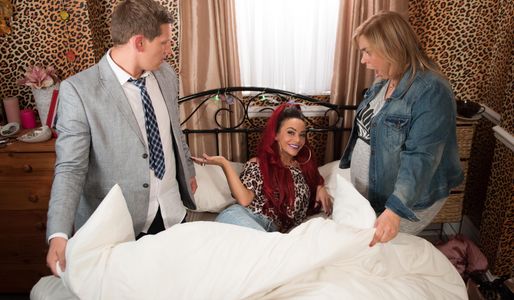