Mercedes feels rejected following her surprise for Joe. Meanwhile, Joanne offers Joe legal advice about the garage. She suggests they have a drink together and he accepts after getting an angry call from Mercedes and Myra. Meanwhile, mother and daughter go “shopping” armed with fake baby bumps to stash their loot. The owner of a high-end baby clothing shop looks down her nose at them but Mercedes eyes the alarm code and they later break in. Meanwhile, Joanne is trying to get her man.

There’s crossed wires when Alfie and Jade’s families think they want alone time to have sex, which leads to them actually thinking about losing their virginity.

Warren gets Freddie’s motor running and he reveals he’s found a buyer for the VW and they’re offering enough to save the garage.​​ 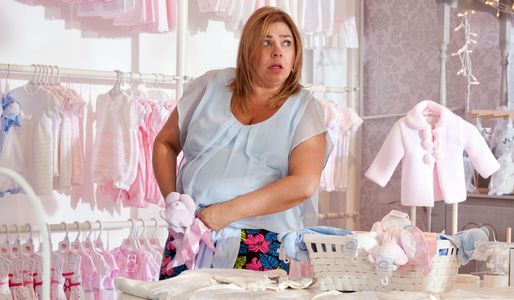