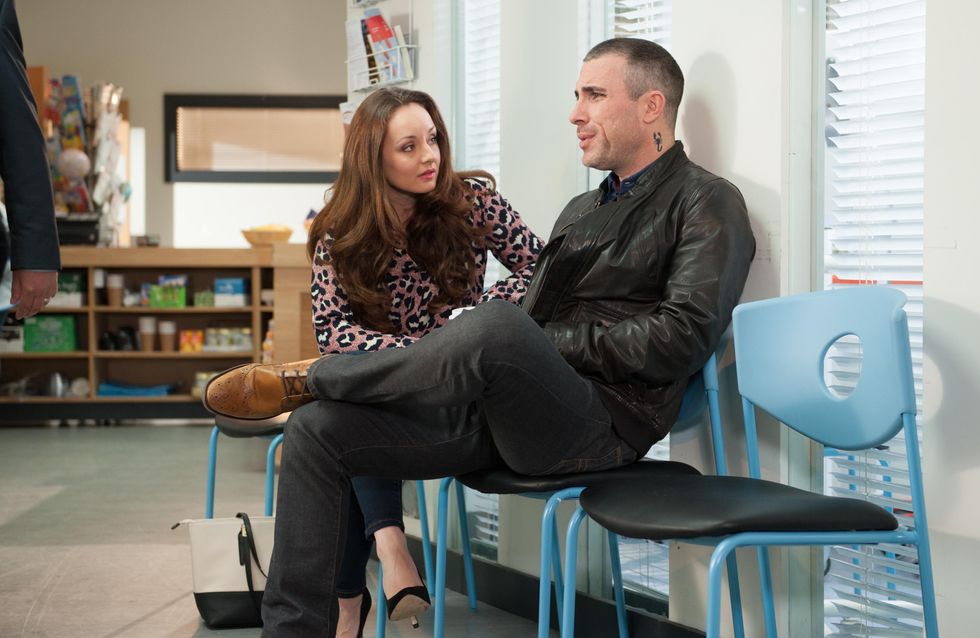 Simone is stocking up Price Slice with fine wines. Louis says it’s another coping mechanism – what is he alluding to?

Dylan’s mum, Val turns up. Trevor tells Val about Esther keeping the baby and Val hugs him in support. Grace is furious when Trevor lets it slip that Val was at the hospital. Later, she furiously drills into a wall at The Loft and is electrocuted.

Reenie holds a ‘welcome home lunch’ at The Dog and tells Porsche she’s sticking around. Porsche storms off, bumping in to Trevor. Reenie gives Trevor the £3k that Porsche gave her so he leaves her alone. Porsche agrees to help her mum change but later breaks into Price Slice wearing Reenie’s coat to stitch her up.