Hollyoaks 12/06 - Porsche returns home from another night out

Porsche returns home from another night out, grabs Lockie and takes him upstairs. John Paul walks in on the pair scantily-clad on the bed and storms out. Meanwhile, Dr S’Avage tells the McQueens that Phoebe can have brain surgery, but that it’s a risky procedure. Mercedes is furious with Lindsey’s attempts to stop the family agreeing to the op.

The McQueens decide to go ahead with the surgery. Robbie is released from prison and heads straight over to see Phoebe. He locks her hospital room door and won’t let the medical staff in to operate on her, scared that she will die in theatre.

Ben and Sienna arrange their date. Elsewhere, Brutus is missing and Trevor is contacted by a mystery kidnapper.
​
Cindy begs an awkward Jason to help with her book. He is flustered at her flirty innuendos and rudely refuses. Later, he takes her some food to say sorry but she announces that she’s working alone from now on. 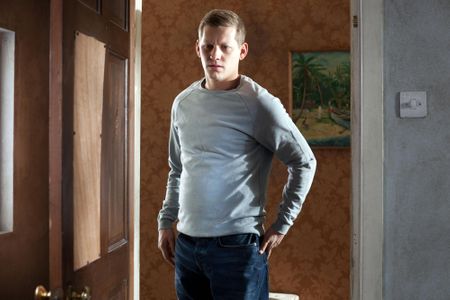 Hollyoaks 11/06 - ​Porsche continues to drink her problems away