Dr S’Avage later meets Dirk in The Dog and Dr S’Avage almost reveals the hospital gloves he’s got hidden in his briefcase, which match those worn by the Gloved Hand.

Simone tries to tell Holly what she’s seen. Holly finds a message from Jason on her mum’s phone and follows Cindy.

Nancy is jealous at the thought of Joe not being over Lindsey but Joe makes it up to her with a “chippy-tea”. 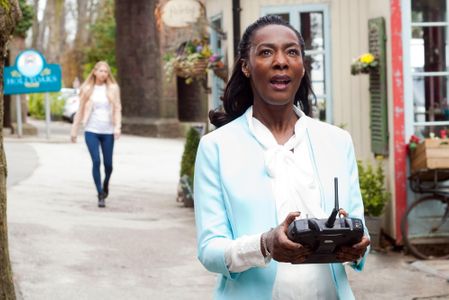