The Loft is about to have its grand re-opening so Kim plasters the walls with photos of her and Grace kissing. Grace frantically rips them down just in time. She confronts Kim but the pair end up kissing passionately and someone catches them.
​
Darren threatens Patrick. Theresa chucks him out but accidentally reveals Patrick’s secret in the process. Darren and Maxine argue over Patrick. Later, Darren gets drunk at the club opening then goes to Patrick’s, revealing he knows about his MND. Patrick grabs Theresa’s wrist, angry that she blabbed. Theresa is stunned, is she Patrick’s next victim? 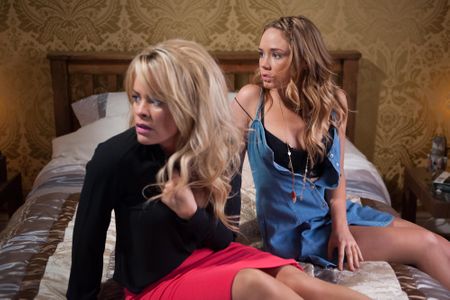 Hollyoaks 15/07 - Scott Opens Up To Damon About His Past