Home / Soaps / Hollyoaks Spoilers and Hollyoaks Gossip 2017 / Hollyoaks 16/8 - Cleo, Lisa and Nathan are horrified when a live pig turns up for the hog roast

Hollyoaks 16/8 - Cleo, Lisa and Nathan are horrified when a live pig turns up for the hog roast 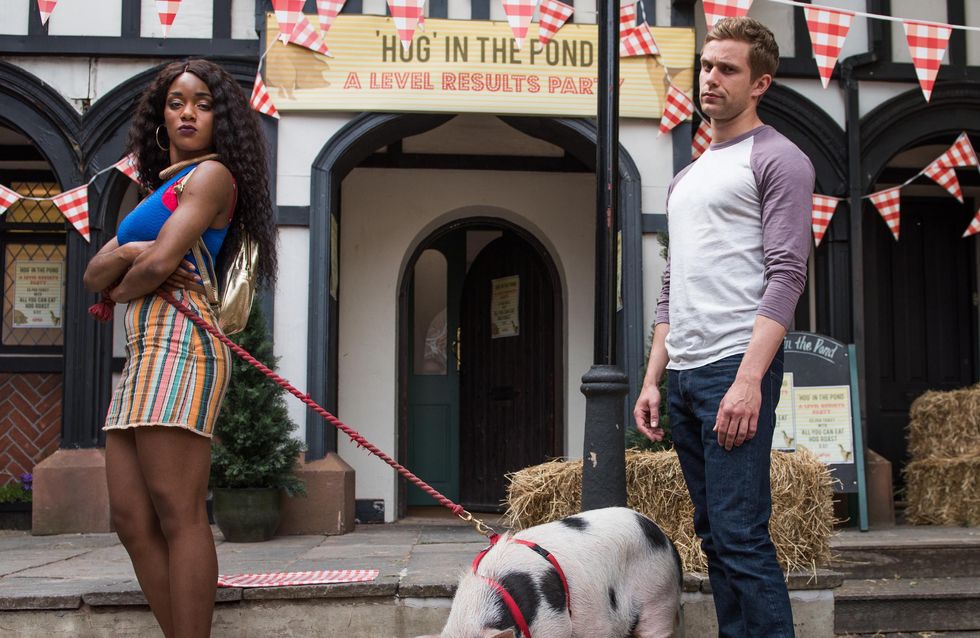 Alfie’s health has taken another turn for the worse. Marnie’s plot looks set to crumble and she is confronted by James. Cleo, Lisa and Nathan are horrified when a live pig turns up for the hog roast at The Dog. Lisa calls the pig Sonia and decides to save her from being roasted, prompting a custody battle between her and Nathan. Amy and Ryan are elated when he gets a new job in Hollyoaks. Meanwhile, Ste confides in Tegan and makes a decision about how to deal with Leah’s bruises. John Paul is on the back foot when Scott suggests they move in together and has to cover his concern when Scott presents their new home – Diego’s van! They’re both watched by James who, after an argument with Marnie, decides to continue his plan to get John Paul for himself.