Kim makes a panicked phone call to Grace asking her to get to the hospital. When Grace and Adam arrive, a team of nurses rush to Esther’s room. They’re all worried to see Esther convulsing and the consultant says that the memory loss, mood swings and seizures may never disappear.

Marnie sees that Ellie is upset. Ellie wants to go with Marnie to her MRI scan but Freddie arrives in time to distract her. Ellie confides in Freddie about Marnie’s ‘brain tumour’. She decides to surprise her mum at the hospital.

Lily is embarrassed when Courtney catches her and Prince getting close when they’re meant to be doing their science project.​​ 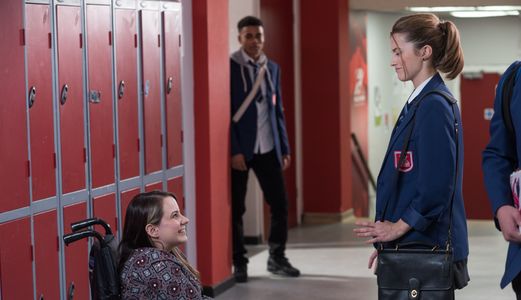 Hollyoaks 17/10 – Dodger is disgusted with himself