Jack and Tom comfort Jade. Alfie is stunned when Tom flies at him at school looking for a fight, and Mrs St Claire has to intervene. Alfie tells Jack that he loves Jade. He and Jade decide to shave their heads together and Alfie tells her that his Cancer is back, but Jack and Rachel have overheard.

Myra suggests he quit his job before Mrs St Claire sacks him. Suspicious Diego follows Myra when she tells him she’s going to a yoga class and sees her going into the hospital. He thinks she’s pregnant. John Paul hands in his resignation.

Simone is still cold with Joanne after finding out that she slept with Zack. She finds one of Lisa’s old toys and the fake Lisa panics when she fails to recognise it. Joanne tells Lisa that she’s going to tell Simone the truth about who she really is. 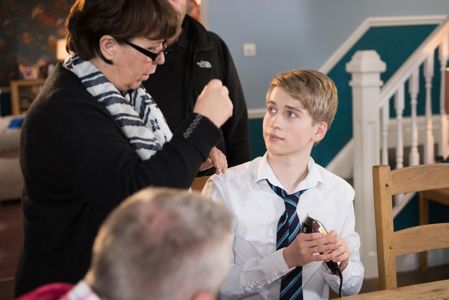 Hollyoaks 22/6 - Peri finds out about Tom and Jade

Hollyoaks 10/3 - Peri wants to be friends with Tom again