Hollyoaks 18/05 - Mercedes agrees to go to the police

Mercedes agrees to go to the police but when she returns to the hospital, her family doesn’t want to see her. Angry, Mercedes argues with Phoebe.

Trevor gives Grace an engagement ring. Kim finds out Grace has been released from prison following Mercedes’ return and deliberately lets it slip to Trevor that she slept with Grace. Trevor packs his bags to leave Grace, and Esther tells Grace she’s keeping the baby. Esther storms out and Grace pulls out a gun on Kim.
​
Joe bursts into the church as Freddie and Lindsey are about to get married. Freddie is furious and the two brothers fight, but when Joe falls in to Scott, he bumps into Sinead and her waters break. 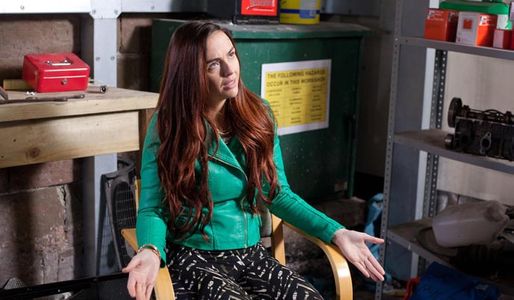 Hollyoaks 07/03 - Harry Agrees To Move In With Amy

Hollyoaks 05/4 - Mercedes reels off the evidence against Lindsey