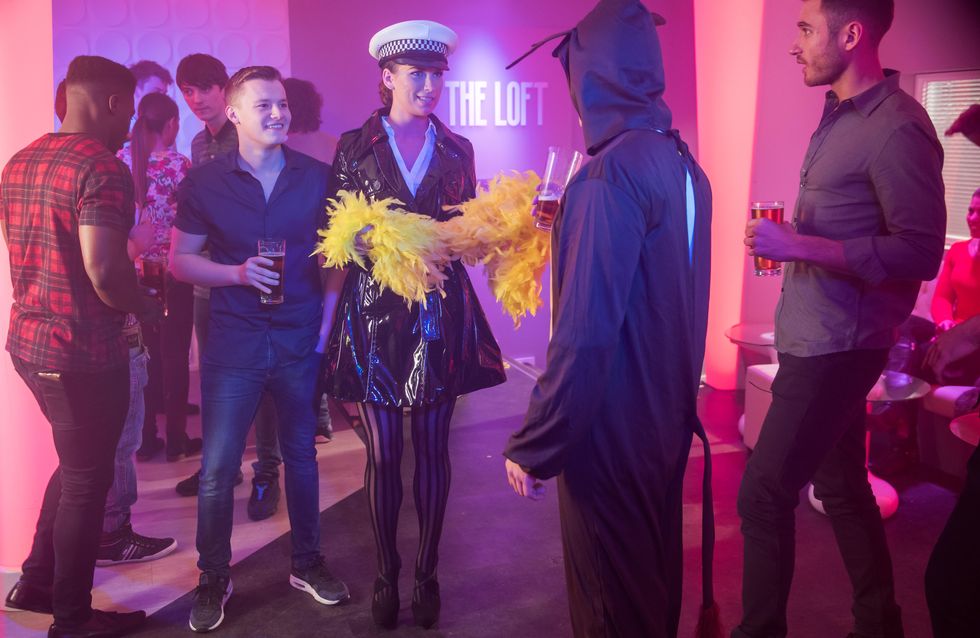 Holly and Jason continue with wedding plans but when their budget won’t stretch they ask an awkward Robbie to help. Robbie suggests postponing the big day, just as Cindy returns to the village. Holly tells Cindy she’s not invited, while Dirk tells Jason that postponing the wedding might be a good idea. When Holly hears that Jason agrees with Dirk she’s furious. Cindy goes into full wedding planning mode to win Holly round and Scott offers up The Hutch to cater for Holly’s wedding at a knock down price. Later, Holly and Jason are shocked to find Esther’s Magic Bean has been transformed with fairy lights and a wedding arch thanks to Cindy and Robbie. The sight of the happy couple is too much for Robbie who makes a quick escape. Holly goes to look for him, is she making the right decision marrying his twin brother?

Celine tries to talk Cleo into going back to school but with no luck. When Celine leaves, Pete arrives at the McQueen’s to ask for more money. Cleo returns to The Hutch like nothing has happened and is fired. She makes a scene, prompting Tony to take her back to his flat to calm her down. Cleo tells Tony about Pete so Tony gives Pete the money he needs, but Pete’s not going anywhere... When Tony returns, Cleo is still at the flat, too scared to go home. Tony allows her to stay the night but when he goes into his room he finds Cleo in his bed…

James turns on the charm with Scott. Scott tells Marnie and James about his catering deal for Holly’s wedding and knowing what a bad idea it is, the scheming duo know they can use Scott to bring down The Hutch.