Danny thinks John Paul is ignoring him when he fails to respond to his calls.

Not knowing that he's just left his phone at home, he goes to the Dog looking for alternative affections.

He finds Ste and gets as far as his bedroom before realising he can't go through with it.

Holly and Callum are getting on very well - Cindy's not so impressed when she finds them on the sofa kissing.

Meanwhile, Patrick puts pressure on Maxine to commit to him fully - that means quitting her job.

But when he finds out he's had a vasectomy she's not sure how she feels about their future. 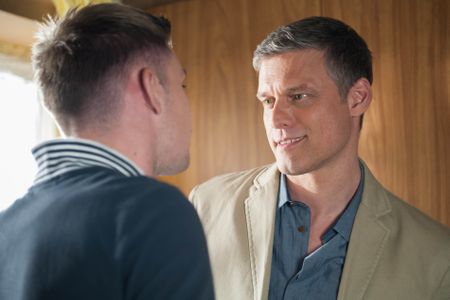