Hollyoaks 19/9 - Diego And Myra Prepare For An Important Visitor 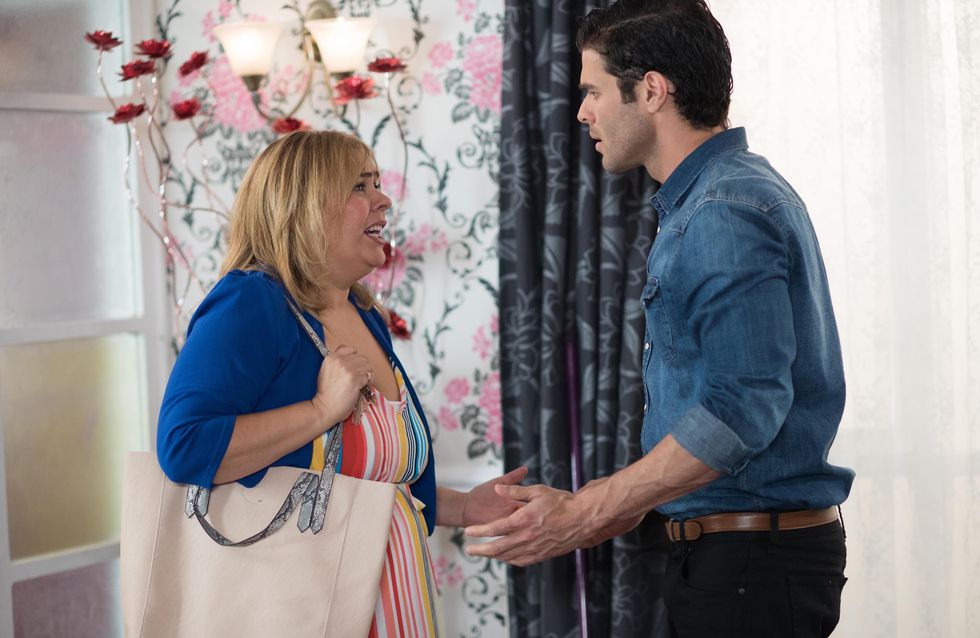 Joanne leaves Mercedes, Freddie and Joe stunned by her revelation at the Roscoe’s. Grace can see how much Esther wants to find Kim and suggests they go to Kath’s care home to see when she last visited. The same woman, ‘Cherilyn Delaine’ visits every Monday so they wait.

A glamorous, designer-clad woman arrives in the village after a long flight. Meanwhile, Diego and Myra prepare for an important visitor who will decide their destiny. However, Myra fears that her dream of being rich is already over when she sees their guest in the village reading about her con.Myra hides at the McQueen’s but the glamorous woman isn’t far behind and she’s disgusted to see Myra.

Ste is delighted when Tony agrees to give him the money for his tan van. He pitches his idea for a VIP launch to the Donovan’s so he can use their salon.​​