John Paul is stunned when Ste reveals that he thinks he and Harry are over. Ste wants to prove to John Paul that he’s romantic and recreates the day he proposed in a rowing boat. Joel has set up a ‘burgers and bikes’ fundraiser. Leela gets rid of Cameron’s old biking gear, while Zack looks on longingly. Joel recruits Cleo to help with the fundraiser but he’s floored when he’s faced with Shane.

Zack comes to Leela’s rescue when she’s being hounded by journalists outside the court house atCameron’s sentencing. He asks her on a night out with him. ​ 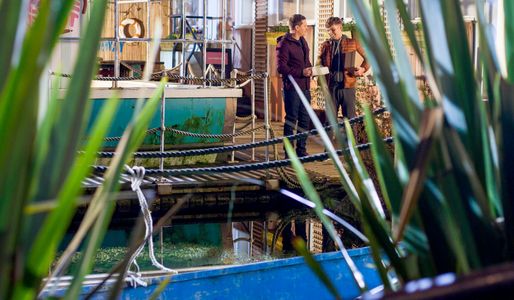 Hollyoaks 23/01 - Can Ste and John Paul save their marriage?