Esther is growing suspicious of Jack. Jack visits Billy in prison but is alarmed to find out someone has been watching the house. Billy threatens to expose who Jack really is to his family.

Ste is gutted that Leah and Lucas can’t attend the launch of his new business because Amy and Ryan are hosting a house warming party. He presents Amy with an access plan for the kids but is heartbroken when Leah tells him she likes having a ‘normal’ family with Ryan and Amy. Harry later surprises Ste with a visit from Leah and Lucas.

Lisa is out of control and when Louis’ efforts to calm her down fail, Frankie offers to help Simone rein her in.​​ 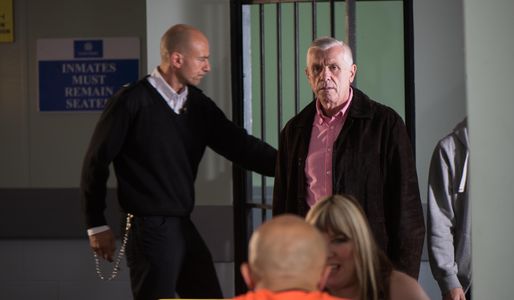 Hollyoaks 09/01 - Can the Lomaxes survive the earthquake that threatens to destroy their family?

Hollyoaks 30/09 – The Osborne family is in meltdown