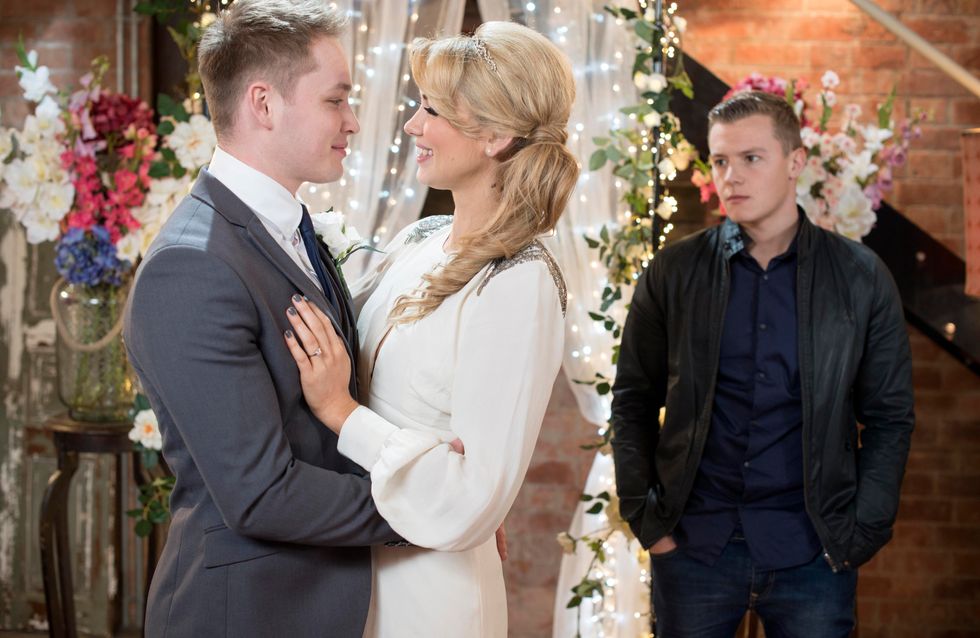 It’s the day of Holly and Jason’s wedding and Holly is mortified when she wakes up in Robbie’s car, did something happen between them last night? Jason finds out that Holly didn’t go home last night and searches through her bag to check her phone, but he’s caught by Cindy. Cindy gives Jason some words of wisdom but is stunned when she sees Holly’s message to Robbie “tell me I’m marrying the right brother”, just as Holly walks in. Meanwhile, Robbie tells Freddie that he loves Holly. Freddie urges Robbie not to make the same mistake that he made with Joe and locks him in the garage office. Robbie spots a crow bar and makes his escape. He gets to Esther’s Magic Bean as Holly is about to go in and asks her to marry him instead…

Scott is desperately trying to get Diane out of the way so he can get Cindy’s wedding catering done without her knowing. James continues to flirt with Scott, but he has an ulterior motive. Diane is furious when she finds out that Scott has only charged £200 for all of the wedding food. Scott lets the cat out of the bag about The Hutch being in trouble.
​
Kim confronts Lindsey when she overhears that Pete was attacked last night. Lindsey has other problems when Joe finds out she has an ultrasound appointment – if he goes to the appointment, he’ll find out the baby isn’t his.