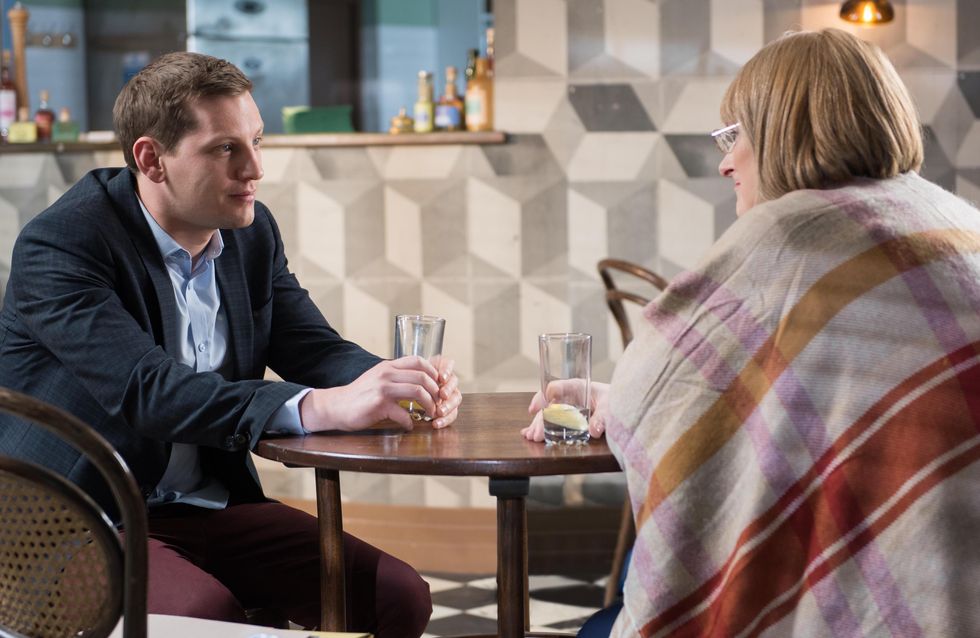 Tony watches helplessly as suppliers take his stock away. After her fall at the Hutch, Myra considers settling out of court for her compensation money. James tells her the sky’s the limit with how much she could get in court, but Diego reminds her that £8k is enough for them to have IVF. Harry is struggling at school. Mrs St Claire calls Tony into a meeting and John Paul tells him that Harry will fail his A levels if he doesn’t do his coursework. Meanwhile, Ste asks Mac for a job and James encourages his dad to give Ste a chance, but why?

Mrs St Claire invites John Paul for lunch at The Hutch to discuss arrangements for the school ball but Myra walks in and warns Mrs St Claire away from her son. Tony begs Myra and Diego to reconsider their case for compensation. Back at school, Mrs St Claire introduces John Paul to his new event planning assistant for the school ball – Scott! Cleo is trying to find enough money to run away with Pete and asks Holly for £500. Nathan offers to give Holly the money she needs for ‘her friend’. Holly gives Cleo the money but is suspicious about what she needs it for and follows her, straight to Pete’s van.