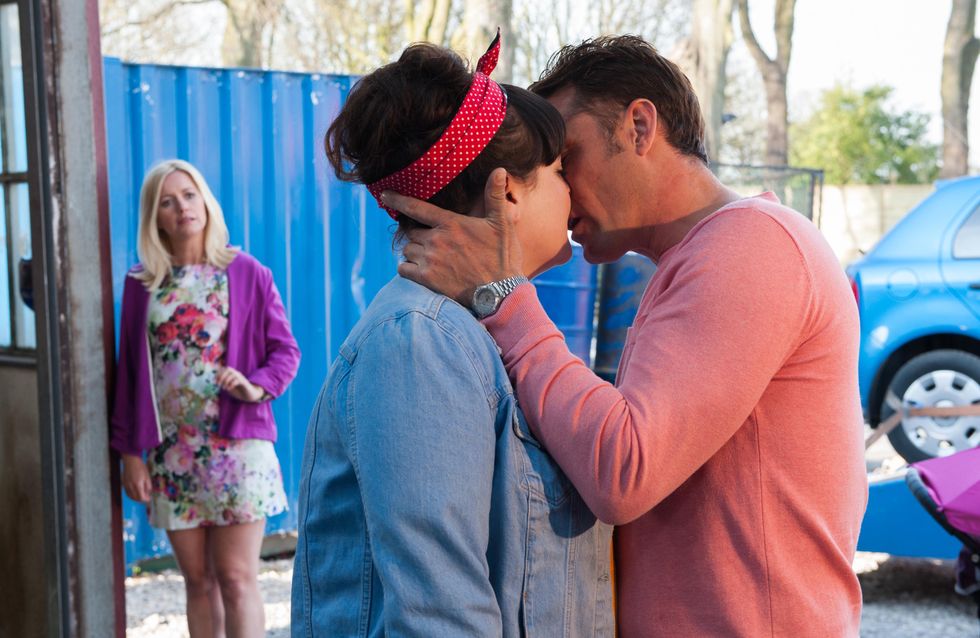 Tony sends Tegan a soppy text about Rose but she thinks it’s about her. He bumps in to Tegan and realises that she thinks he has feelings for her. Later, Tony nearly faints and Simone says he looks like he’s got German measles. The penny drops for Diane and she realises he’s been seeing Rose. Elsewhere, Ziggy tries to convince Tegan that Tony is using her. When she confronts Tony he denies it and kisses her, seen by Diane.
​
Holly tells the 6th Formers about the mysterious Zoe. Elsewhere, Dirk masquerades as Chester Literary Society on the phone to Cindy, telling her she’s won a writer’s competition. At the coffee shop, Dirk confides in Louis, unaware Cindy’s Dictaphone is recording their conversation. Simone finds the recorder and listens to Dirk’s confession. Also at the coffee shop, Holly messages ‘Zoe’. She notices a message arrive on a phone where Louis Loveday is sat and is alarmed to think Louis is ‘Zoe’. She goes to Zack’s house and finds a folder containing pictures of young women.
Grace is doing her best to convince Kim that she’s in love with her.