Nathan is worried when Lisa doesn’t turn up at the hotel, but she’s snuggled up with Mac in his camper van instead. Mac accidentally uses the L-word, which freaks Lisa out. When Lisa gets a voicemail message from Nathan, the guilt hits her and she orders Mac to take her home. Cameron is just about holding it together at the cabin but panics when Leela offers to unload his van, what’s he hiding? Tegan and Courtney are sitting by the lake when they spot something on the shore line. Cameron and Leela hear a scream and Cameron rushes out to find Tegan and Courtney stood over a dead body.

Courtney tries to call the police but Cameron snatches the phone off her. Cameron grabs Tegan, and Courtney tries her best to reason with him. Meanwhile, worried Ryan tells Ste about Courtney’s phone call.​ 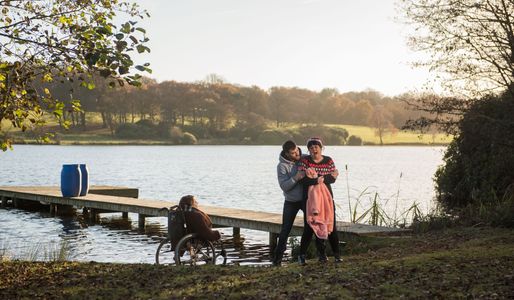