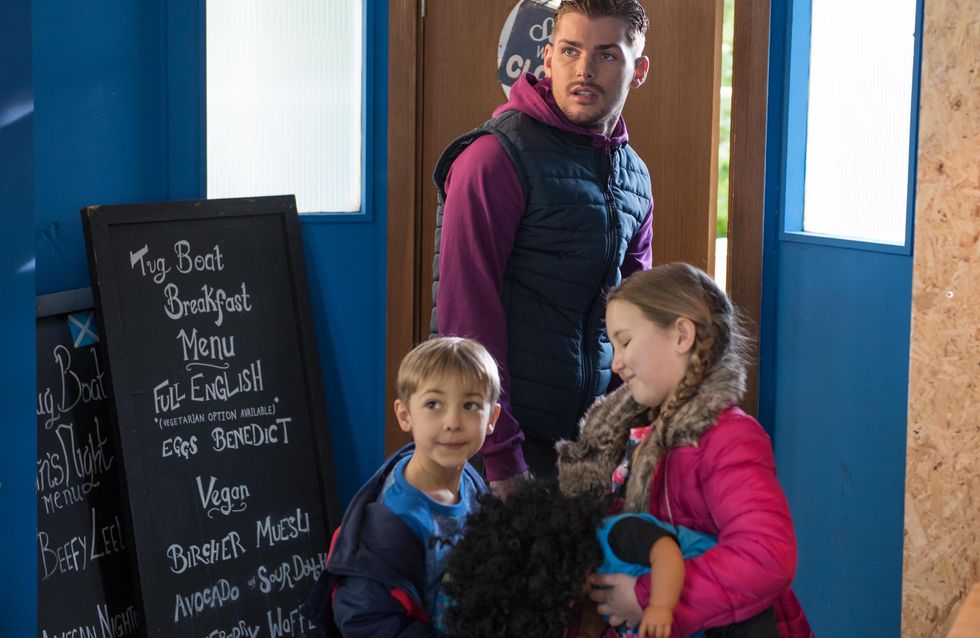 James and Marnie revel in the trouble they’ve caused at The Hutch. Marnie ‘warns’ Scott not to do what her friend did to get out of financial trouble - burn down the business. Meanwhile, John Paul has to pitch his and Scott’s idea for the school ball to the governors on his own, but it doesn’t go well. John Paul is further annoyed when Marnie tells him about Myra’s claim against Tony. Elsewhere, Scott tells Marnie that he’s going to burn down The Hutch for the insurance pay out.Harry is stressed following James’ offer and takes it out on Ste. Meanwhile, Zack is frustrated with his parents as they continue to argue. He heads to the pub and is concerned when he notices the tension between Harry and James. Sonia finds Zack drinking cider on the jetty and asks him to have a drink with her at The Loft.

Elsewhere, Ste is feeling the strain when his kids ask for toys and burgers. He does a runner after having lunch at The Tugboat, leaving Cameron furious. At The Loft, Zack is getting increasingly drunk and tries to start a fight with James. Sonia urges Zack to calm down and wants him to speak to Joanne again about Margaret. Ste notices Cameron stood behind a police officer when they come to arrest him for stealing food from the boat, and lunges at him., 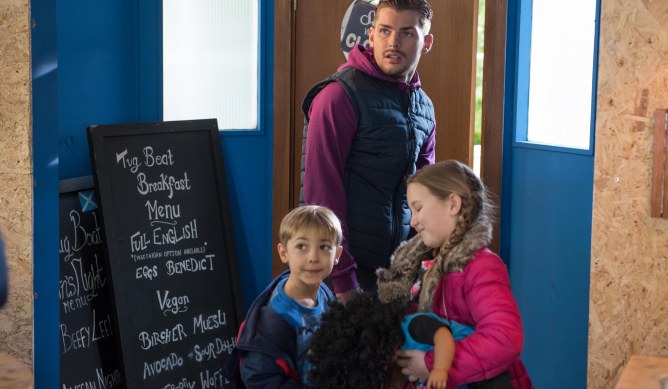