Hollyoaks 26/9 - It's Fresher's Week In The Village

It’s Fresher’s Week in the village and Harry, Zack and Cleo are enjoying student life already. Holly is charmed when she first meets Nick Savage and introduces him to the rest of the teens. Freddie and Ellie are pining for each other but Ellie decides a night out at The Loft’s ‘traffic light party’ with Lisa will help her get over him. However, Freddie turns up to help behind the bar leaving Ellie floored.Holly fancies Nick but Tegan swoops into talk to him first. Freddie’s jealousy peaks when he sees Ellie dancing with another guy. He grabs her wrist and tells her to go home and she slaps him, but Nick breaks up the fight. Ellie moves in between Tegan and Nick to give him a thank you kiss. They’re still kissing when the lights come on at The Loft. Lisa directs everyone to the after party at the Love Boat but Ellie takes Nick back to the pub instead and leads him to her room. However, Ellie starts to feel really drunk and lies back on the bed - Nick continues to kiss her. The next morning, Ellie wakes up with Nick by her side. She can’t remember anything and the panic rises when she sees her underpants on the floor and realises they had sex. She’s desperate to get him out of her room and is worried that she can’t remember consenting to sex. Meanwhile, Nick has had the night of his life. 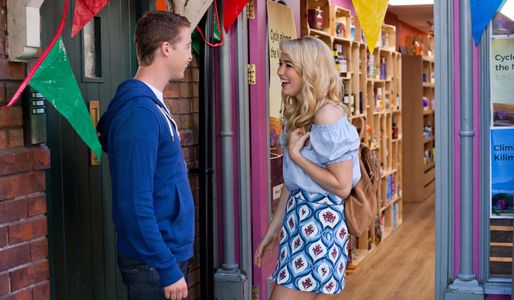 Hollyoaks 26/01 - There's a new development in the murder case

Hollyoaks 16/01 - ​Shockwaves are felt throughout the village

Hollyoaks 09/06 – A new arrival comes to the village

Hollyoaks 26/11 – A villager is arrested