Warren offers to help Ste get back at Ryan. They follow Ryan to a deserted car park and see him chatting to a prostitute. They aren’t quick enough to get a picture but they discover that this isn’t a first for Ryan… Meanwhile, Leah is still mad at Amy and Ryan for not letting her see Ste. Ryan organises a party for the launch of Leah’s Banana Bongos advert but Leah throws a tantrum when she realises her voice has been swapped with someone else’s.

Joanne is determined to get Louis back. Louis is stressed about his divorce and grabs Prince’s arm when he winds him up. Joanne decides to recruit Prince and Hunter to help win back her man.Ellie tells Mercedes that Sandy wants Lexi and JJ to live with her in South Africa. Mercedes doesn’t take it well and refuses to hand over JJ and Lexi without a fight…​ 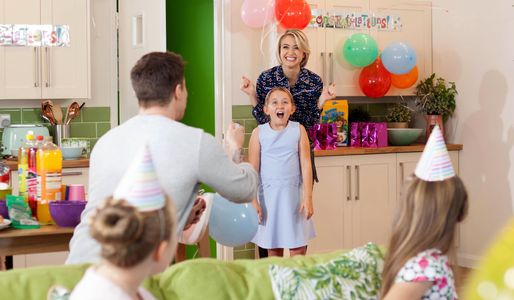