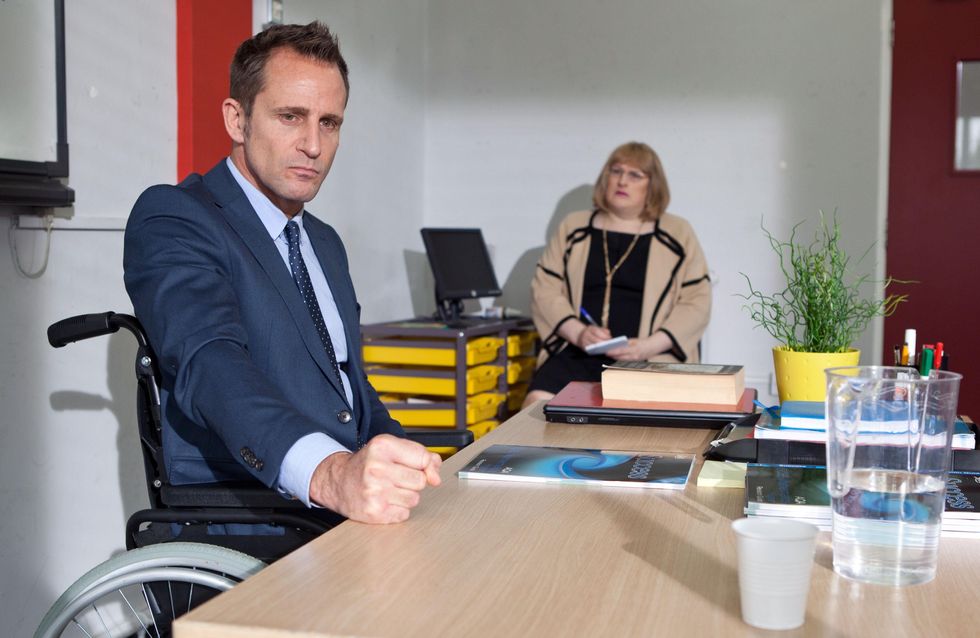 Rachel confronts Ellie with the letter and also shows it to Nathan.

Patrick is introduced to his replacement at school, Mrs St Claire. He’s annoyed to hear that she will be shadowing him for the next two months. She goes with him to teach a class but Patrick snaps when she tries to take over. Mrs St Claire gets on the phone to the board to inform them of Patrick’s outburst and the governors make her head teacher, with immediate effect.

Jack and Tom try to reason with Peri who wants to give Steph up for adoption. Tom concedes and tells Peri that they’ll give Steph up if that’s what she wants, but it’s not what he wants so he books two tickets to London for him and his daughter. Elsewhere, Cameron bumps into Celine and she lies that she’s moved on. He tells her he loves her and begs her to take him back. Darren pulls up alongside Tom and Steph, and convinces him to come home.

However, Peri makes him choose between her and Steph. Meanwhile, Lockie is turning The Tugboat into a bachelor pad for him and Cameron, and is gutted when Cameron reveals he’s back with Celine. 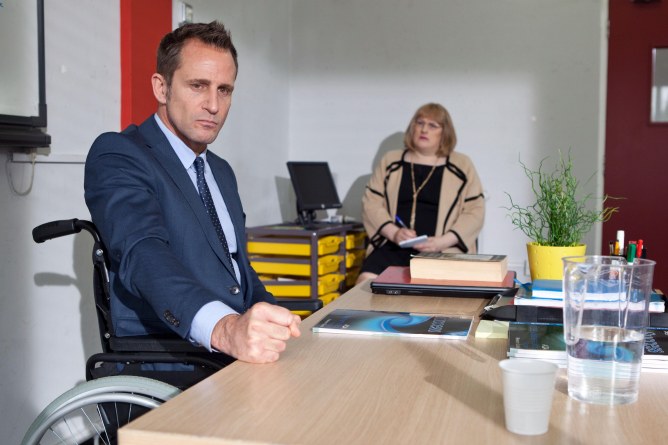