Zack and Sonia prepare to find Lisa. At the police station, everyone is stunned when the real Lisa Loveday arrives.

Ben and Grace exchange a war of words about whose wedding will be better, while Sienna and Trevor listen awkwardly, still longing for each other. Both Sienna and Grace ask Esther to help them with their wedding dresses. Sienna suggests to Trevor that they should tell Grace and Ben about their affair.

Esther is just finishing Grace’s dress fitting when Sienna turns up and the brides get into a fight.​ Freddie is trying to help stressed Joe, but Joe won’t let anyone in. He’s surprised when Mercedes turns up and offers to help but when talk turns to Lindsey, he shuts her out and tells her he’s better off on his own with JJ.

Frankie tries to set Esther up on another date to make up for yesterday but unwittingly sets her up with someone she knows. 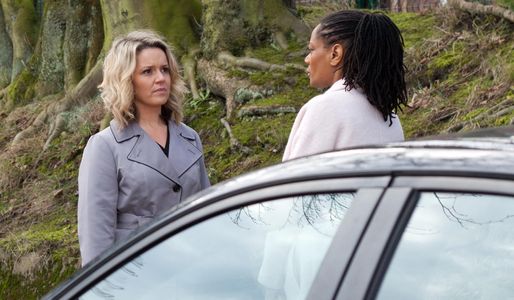