Trevor's world is rocked by an important revelation - one that leaves the McQueens in mortal danger.

Meanwhile, Dennis shows off what he's done with the money but Dodger and Leanne are not impressed.

He's bought a rundown house, but even when Tilly and George agree to rent it as their student house Dodger comes up with a better money making plan.

Is it too late?

Vincent is under serious pressure from George to tell Phoebe the truth about them but Vincent asks him if he would stop being Gay if he could - if there was a 'cure'.

Elsewhere Myra is desperate to stop her daughter from getting back together with Paul.

She's playing a dangerous game when she hands out flyers on Dr Browning with murder written across them.

Will it make any difference to Mercedes? 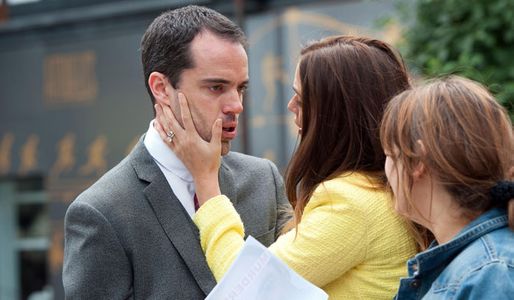