Lisa and Zack find out about Prince’s accusation against Louis. Joanne interrupts James and Louis’ meeting at James’ flat and gets Louis exactly where she wants him… alone. Meanwhile, Simone visits Margaret in prison to ask her to leave Lisa alone. Elsewhere, Joanne has trapped Louis in James’ flat and smashes his phone…

​Warren instructs Goldie to get Ryan to The Loft on his own. At The Loft, Ryan tries to play the faithful card but Goldie is too tempting and they sneak off somewhere discreet. Meanwhile, Warren is ready to go with his camera.

After a row with Goldie, John Paul complains to James about how cramped the McQueen’s is. Jamesoffers him a bed for the night but John Paul gets the wrong end of the stick and thinks James isasking him to move in permanently.​​ 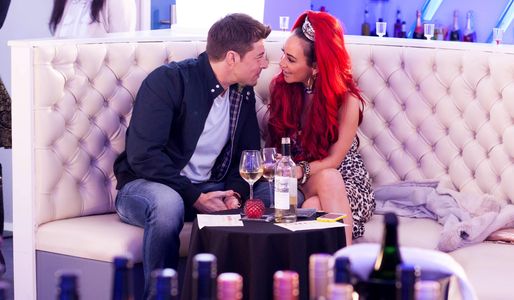 Hollyoaks 30/12 - Mercedes And Ryan Sleep Together